The evolution Of the Lupita Nyong’o Brand

Oscar winner, Lupita Nyong’o left many slack jawed when she went up against fellow actress Regina Hall at the LipSync battle,in November 2016. Hers was a sultry performance in which she gyrated to Salt N Pepa’s ‘ What a man’. Donned in a pair of skimpy shorts, a tank top and a black and blond wig, the actress seemed to tell her audience that she is a multi dimensional actress capable of playing all kinds of roles Hollywood decides to throw at her.
If you didn’t know this Kenyan actress is deliberate, well now you do! 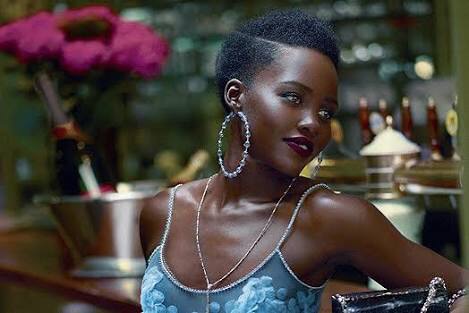 Strategic Collaborations
Lupita has worked with Hollywood ‘s best, from Brad Pitt, to Chiwentel Ejiofor  down to David Oyelowo and Liam Neeson. She didn’t stop there. She got movie rights to renowned Nigerian author, Chimamanda Adichie’s book, Americana and is producing what is expected will be blockbuster movie. Basically she’s integrated her self not only into the American film industry but the African Entertainment scene as well. Let’s not forget her epic role in Star Wars. Every now and then she returns to Kenya to shoot some documentaries and give back to her community and as though to leave no doubt to her affiliation with the African Society, she’s put a lot of work in her role in Disney’s Queeen of Katwe. You have got to love, Ms Nyong’o, you’ve not got much of a choice. In the Hausa language such influence is called, ‘ Farin Jini’ meaning, luck , charm or what some would describe as the ‘ X Factor’or ‘Chutpah’. In Lupita ‘s case however, it goes beyond that. To my mind, what she has going for her is sheer determination and a calculating mind that chess players would be glad to call their own.

Riding the wave of success

Five years ago when Lupita got an award for her close to non- speaking role in ‘ Twelve Years a Slave’, many thought she’d be a flash in the pan.

For some other person, maybe but not for Lupita because she rode the wave of fame; almost adhering to pop psychological quotes in the process : ‘ Out of sight is out of mind’ and so she attended most of the events she was invited to. ‘ Go big or go home’ which is why every outing was done with a fashion statement of bright stylish clothes. She didn’t leave her Yale degree behind, either. Each TV appearance was done with a comportment that spoke of intelligence, grit and class. As a show host you knew she’d turn up and say stuff that would trend on social media or make magazine headlines.

Lupita has done Broadway, acted a whole range of serious movies that cover scifi, drama, suspense… But ( there’s a but!) movie bosses know that for any female to be successful in the industry, she needs to be cast as a femme fatale, at some point. That for Lupita must have been the missing part of the puzzle. She probably had never been called to audition for the role of the sultry lead so when the call from LLCoolJ and his quirky sidekick, Crissy Tiegan came through she was again deliberate as she’s always been.

On the set of the LipSync battle, the actress catwalked unto the stage  in a black dress that worked great for the Enriche Iglesias’ Bailando, the Latin song she performed to. Reginas mime after hers was probably more exciting but when Lupita returned to serenade her soon to be gawking audience with Salt N Pepa, she completed her ‘sass’ submission, she’d managed to roll out her show reel: Tomboy, sassy, sexy and sultry; willing and able to perform any role Hollywood throws her way. I suspect she would not have cared if Regina Hall clinched the belt. Her focus was on future things.
LLCoolJ asks her earlier in the show, ‘How excited are you to be here tonight?’

And her response? ‘ At last, at last I’m here!’
I believe this quote by Sir Richard Branson summarises Ms Lupita’s Brand Strategy. He says,

‘Branding demands commitment; commitment to continual re-invention; striking chords with people to stir their emotions; and commitment to imagination. It is easy to be cynical about such things, much harder to be successful.”

And oh. Just incase you missed that episode of Lipsync battle, you can watch a clip  by clicking on this link!

2 responses to “The evolution Of the Lupita Nyong’o Brand”

This site uses Akismet to reduce spam. Learn how your comment data is processed.